Being a police officer was his only childhood dream, and the Army Reserve was the path he chose to pursue it. Gary Cason, now Regional Vice President of Sales for SageSure, graduated from high school and immediately began training with the Army Reserve. At age 18, he never imagined his second career in insurance would double his tenure as a police officer.

Gary enlisted with the Army because it was the only military branch at the time that would allow someone to serve as military police at age 18. “I wanted to be a cop as soon as I turned 21, and the Army experience as an ‘MP’ was invaluable,” he said.

While he had a long way to go from running with the wrong crowd and cutting class as a teen to being sworn in as a police officer, Gary credits the Army for teaching him discipline. “I needed the Army to get into a disciplined mode,” Gary said. “You either do it, or you don’t. There is no try.” It’s a value he learned early and still shapes his life today.

When Gary was released from active duty, he found himself among 1,000+ applicants for only 22 open positions to be a police officer in his area. It was a lot harder to get hired as a cop back then, Gary recounts. His Army stint served him well, and he was offered two positions out of the five departments he applied for, accepting a role protecting the citizens of central Virginia.

Gary credits his Army training for saving his life on numerous occasions, particularly the day he arrived at the scene of a gang fight.

“I felt the energy as the bullets split the air flying past me — I literally felt the air moving around me as the bullets flew by,” Gary remembers. “I hit the pavement like I had been trained in Army basic training and low-crawled to the other side of my car to get to a better position.”

He walked away with only a rip in his pants and a bruised knee.

Gary, who “never in a million years” thought he’d leave the force, recalled the emotionally draining shift work that often left him on the job when his “civilian friends” were leaving work behind to rock out at music concerts and other fun activities.

“At first, I really thought that I was going to stay a cop for 30 years, but at some point, I just got over it,” he said.

Hesitant to leave the only line of work he’d ever known, Gary asked his chief for a letter of eligibility to come back — a piece of paper indicating he could return to police work within two years without going back through training — his insurance policy in case things didn’t work out.

He didn’t realize it at the time, but he would never need or want to use the chief’s letter ultimately entering a field that he had never dreamed of working in.

With the organizational management and development degree that he earned through his GI Bill benefits, Gary started putting feelers out for his new career. He eventually leveraged a connection and landed his first civilian role where he spent a year working in public relations for a software company, traveling five to six days a week before realizing the travel would wear on him and prevent him from starting a family.

After a couple of years traveling for the software firm, Gary landed a position in the insurance industry and then joined SageSure in 2018.

Today, Gary still uses some of the lessons he learned in the Army. From the ability to manage difficult situations, the discipline to wake up early and complete his workouts and the organization to manage tasks, he says he’s a better person today for his time in the Army. And he’s building his career with a company that values the same “don’t try” mentality he learned from his service.

“I love working in the insurance industry,” Gary said about his 22 years in the industry. “I have been involved with helping numerous people recover after an unforeseen covered incident has taken place. We rebuild homes and help people get back on their feet again.”

Gary is still protecting people — he’s just doing it from an office instead of a patrol car.

“I love what we have at SageSure, and our awesome community of producers who help us protect what people work so hard for.”

Gary knows not every soldier can serve during times of peace and recommends the Wounded Warrior Project for those looking to show their appreciation and support for the Veterans who have sacrificed for American freedoms.

Back to Insurance Insights

Does my homeowners insurance cover a flood?

If you think a flood is something that only happens near oceans, lakes and rivers – think again. Ninety percent of al...

Weathering the aftermath: Is your small bu...

We don’t have to tell you that owning a small business is demanding. You’re not only the CEO or president, but likely... 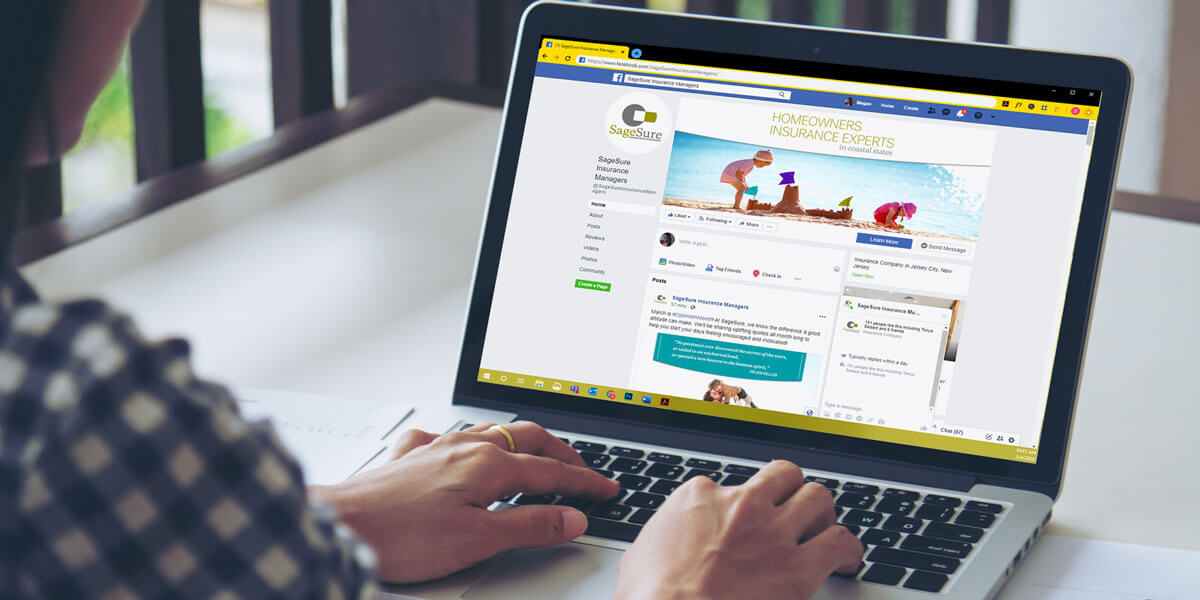 Follow our page to stay up to date with news, announcements, helpful home tips and more from SageSure!